Ms Sharon Whitehead, aged 39 (Whitehead) brought a claim for damages for trespass to the person against her supervisor at the Child Support Agency, Mr Michael Moon, aged 47 (Moon).  Whitehead alleged that she was sexually assaulted by Moon in a serviced apartment, while the pair were visiting Sydney for a work conference.

When Whitehead and Moon visited Sydney in 2007, a two bedroom, two bathroom apartment was booked, with Whitehead’s agreement.  On their first night in Sydney, the pair went out for coffee and visited three sex shops.  They then returned to the apartment separately.

When Whitehead returned to the apartment, she heard Moon’s shower running.  She decided to have a shower in her own bathroom.  While she was in the shower, Moon came in and asked if she needed help with the soap.  She told him to get out.  After she finished, she walked past his room in her pyjamas and he was naked on his bed.  Moon later entered her room, when she was in bed and her lights were out.  She asked him to leave.  He refused to leave until she kissed him.  She did so and intercourse followed.

Moon defended the claim on the basis that he had a physical relationship with Whitehead prior to the date of the alleged assault and that she had “frequently requested and/or consented to him [sic] contacting her person”.  The pair had previously engaged in sexual activity but not intercourse.

It was Whitehead’s case that she had made known to Moon that she was not consenting to sexual intercourse, but that she stopped protesting when he did not desist because she was scared of him and concerned about any impact rejecting the appellant would have on her employment.

She was awarded $678,000 by the Supreme Court of the ACT.  Moon appealed to the Court of Appeal, on liability and quantum.

Moon set out a number of grounds of appeal.  However, the judgment concentrated on the question of consent.  Moon submitted that it was necessary for the state of mind of both participants to be taken into account, in determining the issue of consent.  The award by the Master for aggravated damages was also in issue.

In a judgment delivered on 22 May 2015, the ACT Court of Appeal found as follows:

This case will be of particular interest to those working in the area of employment law.  It highlights a view taken by the ACT Courts that, despite a plaintiff’s actions, there is no substitute for consent and that consent should be clearly given.

BOOK A FREE CONSULTATION for advice and information about a workers’ compensation matter or sexual assault by calling (07) 3067 3025 or contact us online. 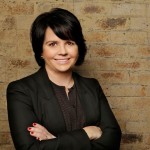 How to Detect Fraud in Personal Injury Claims

Photographs of woman at work led to compensable injury

Back injury answering work mobile arose ‘in the course of employment’